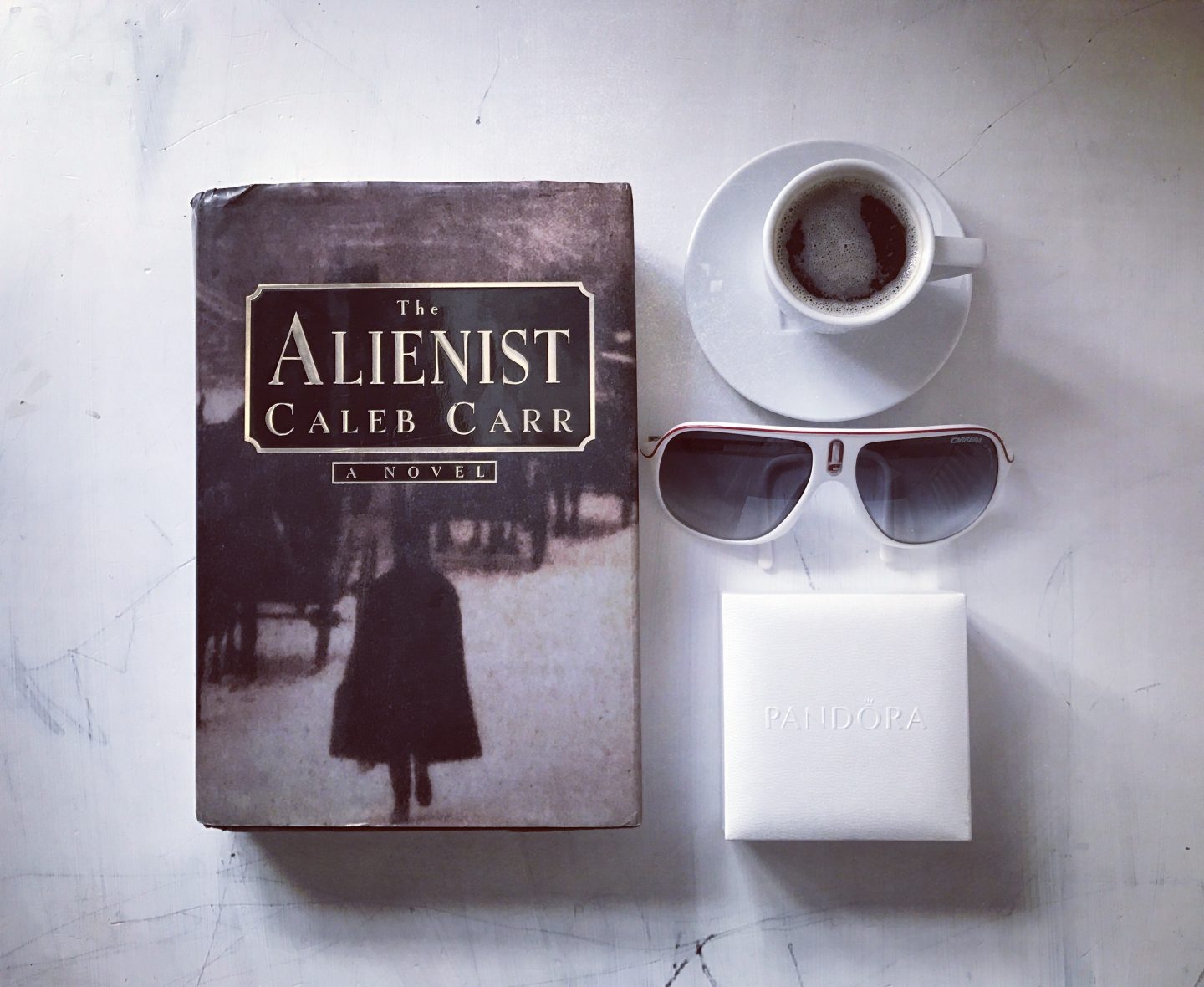 So as I was browsing through the Mystery Crime Thriller section at Waterstones about 13 years ago, I came across this book by chance. My favourite types of books are Crime Thrillers! I picked it up and instantly liked the cover of the book, I then read the synopsis and knew straight away that I was going to enjoy it. Sometimes you can judge a book by its cover and on this occasion I was right to do so.

I am a big admirer (don’t like using the word fan) of Arthur Conan Doyle’s Sherlock Holmes books. So much so I have seen the films and the television series. Love Benedict Cumberbatch as Sherlock Holmes followed close second by Basil Rathbone. Not to say I don’t like Robert Downey Jr or Jonny Lee Miller in that role. I just prefer Benedict and Basil as thats how I envisioned Sherlock to be when reading the books.

I digress, So once I started reading The Alienist I could not put it down. So engrossed in the chase of finding out who the serial killer was, I could not wait to finish the book.

I would describe the book as a Psychological Crime Thriller set in the 1890’s in New York. Dr Lazlo Kreizler is a child and criminal psychologist known as an Alienist back then. He is an early criminal profiler who tracks down serial killers. He works with chief of police Theodore Roosevelt in solving the murders and encounters many other real-life people in the novel.

The author throws in some historical fiction for interesting background, this gives the book a unique feel. It has all the suspense and grit of a modern day chase to find the killer story, but with the restraints and daily rituals of the 19th century New York life.

If you are interested in Psychological Crime Thrillers, then this book is just up your street! as the saying goes. Even if you do not normally read Crime Thrillers I recommend you reading it, as you will not be disappointed.

I remember back then after finishing the book and telling my husband that, the book was so good I would not be surprised if they turned it into a film.

Well 13 years on, guess what!? No its not being turned into a film, but in to a television series. Starring Luke Evans, Dakota Fanning and Daniel Brühl. It is set to be released late 2017. I am therefore, re-reading this book again to refresh my memory!

Let me know what you make of the book and lets see if the television series lives up to the book! I hope it does.