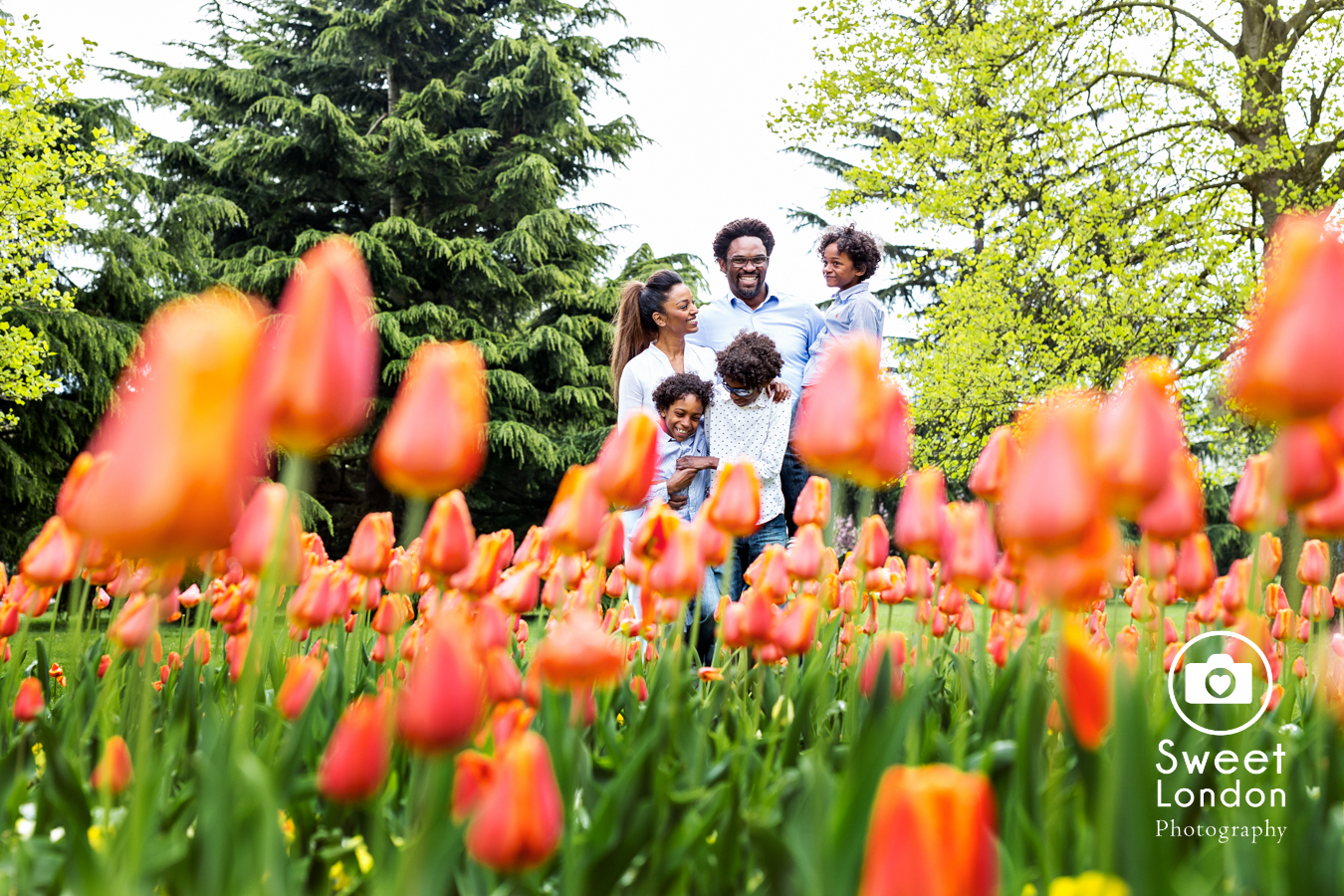 Are you looking to have a family photo shoot on location in London?

Whether you live in London or are visiting on holiday, I would highly recommend using Sweet London Photography. Otalia is a highly experienced photographer who knows what she is doing and very familiar with the landmarks around London.

So on an early chilly April morning we all set off for Greenwich Park in London, to have our family photo shoot. This was a gift from my sister and brother-in-law. The journey took about an hour as there was some traffic on the roads. Very much expected if you are travelling into London. Once we arrived we were greeted by the smiling face of Otalia, she knew all our names from earlier email correspondence. It immediately put the boys at ease.

On with the shoot, first up are the boys, as its a little chilly at 8.45am she get the boys to have a sprint to warm them up and started to snap away. That sure got them all warmed up and in a competitive mood! The boys enjoyed running around the park, jumping off logs pretending to be superman. They also enjoyed climbing trees, chasing pigeons, being Jedi’s, playing football and Chess. All the props was brought from home, as I knew the boys would enjoy playing with them. Otalia directed us every step of the way so she could get the best positions for the pictures. 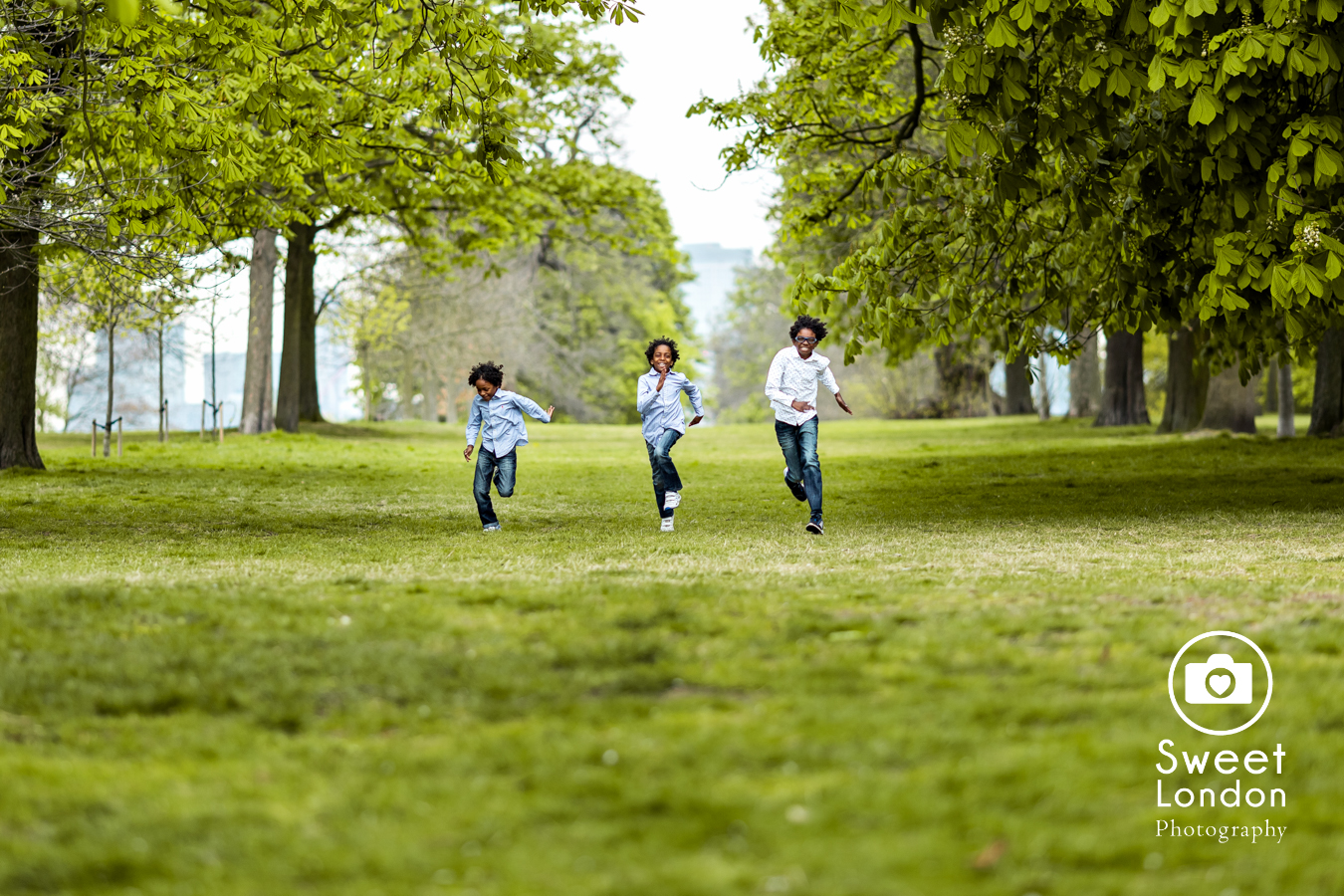 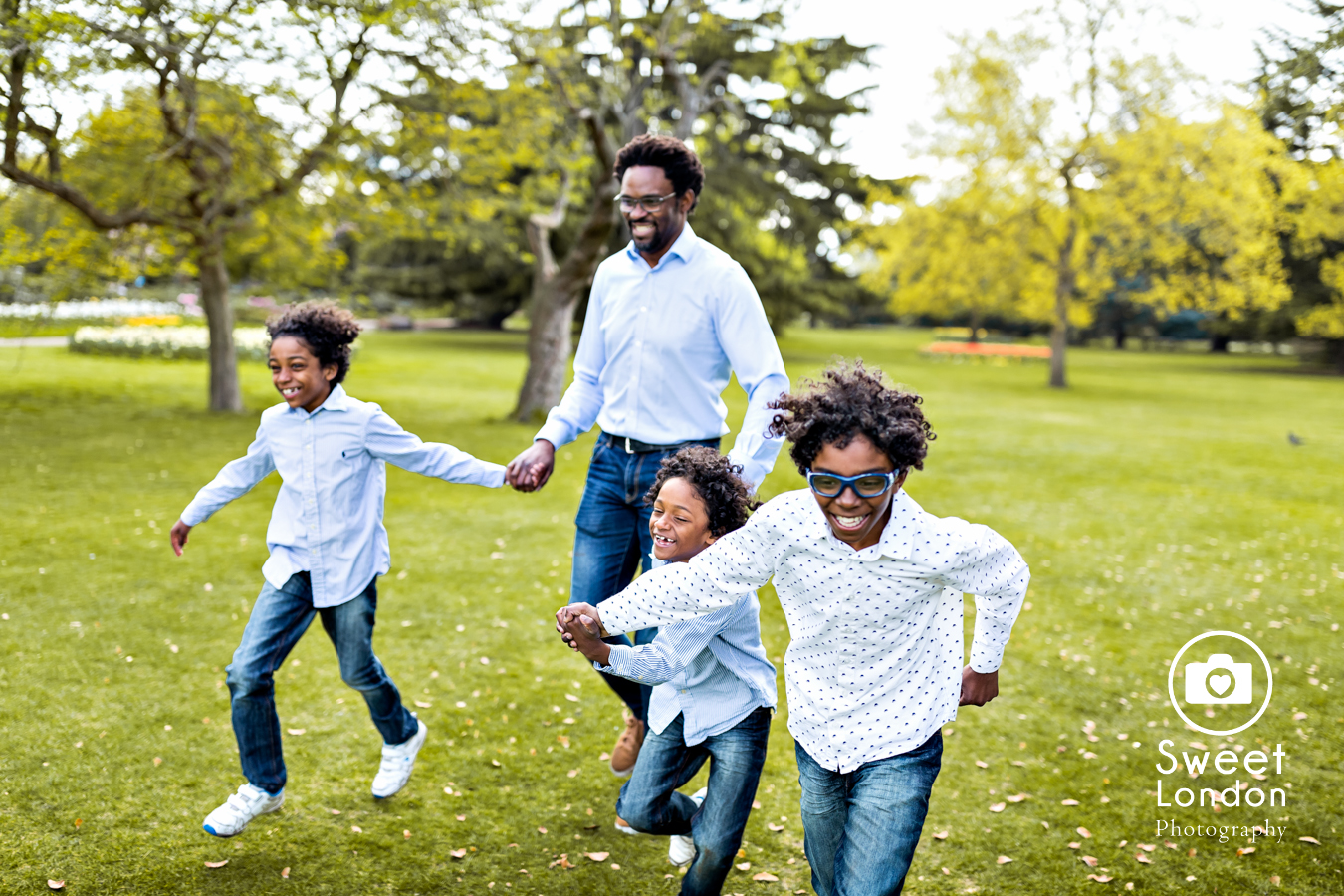 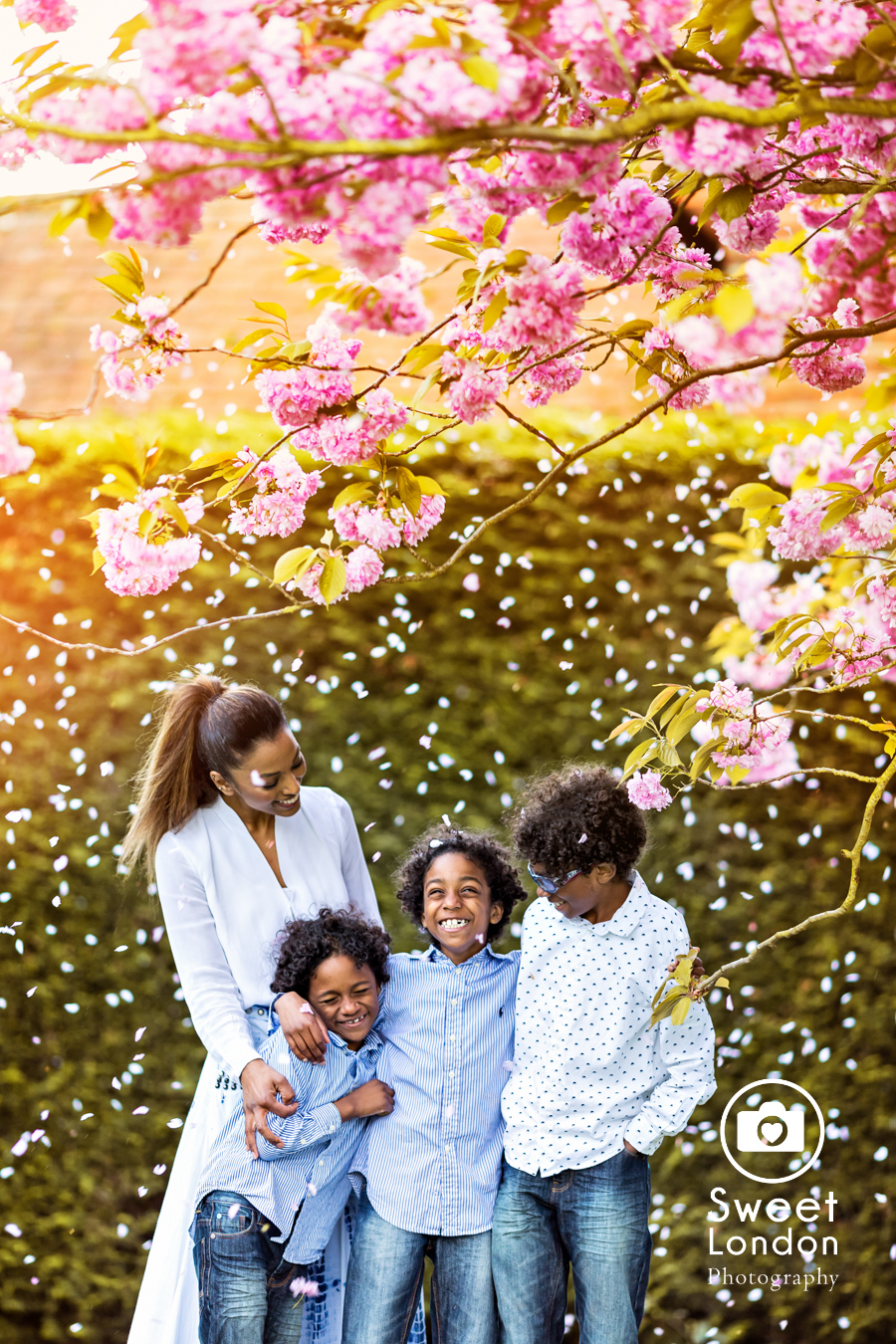 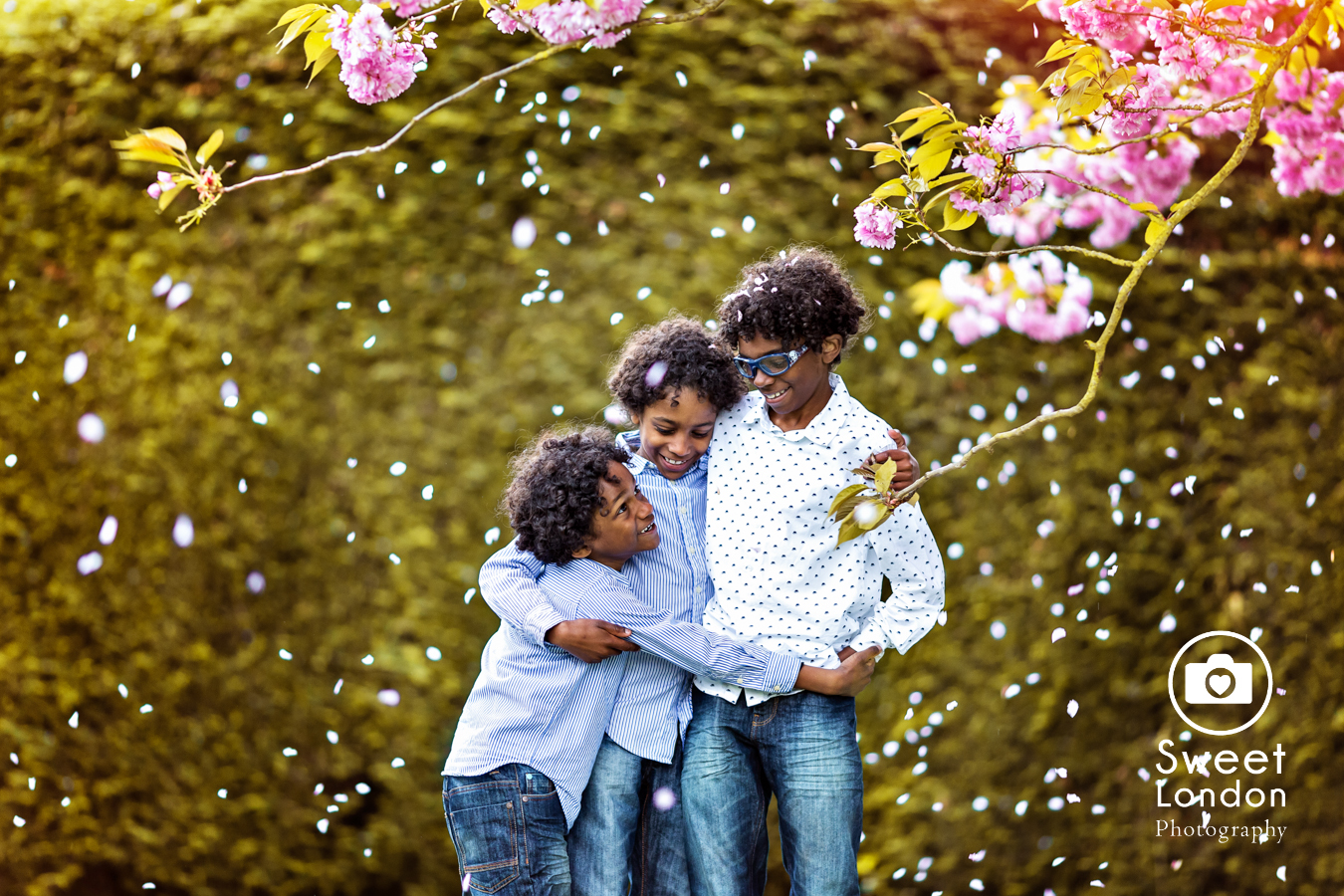 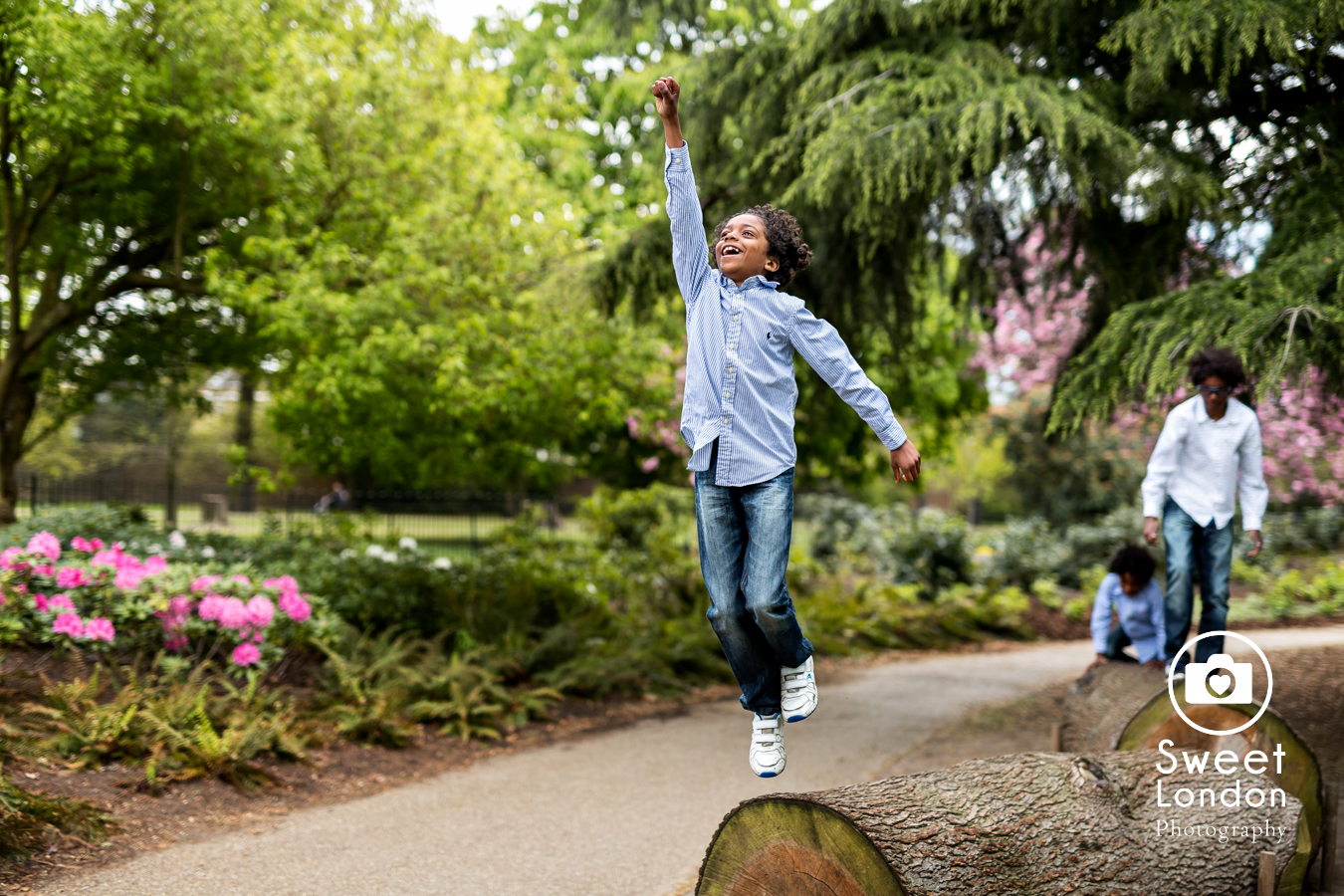 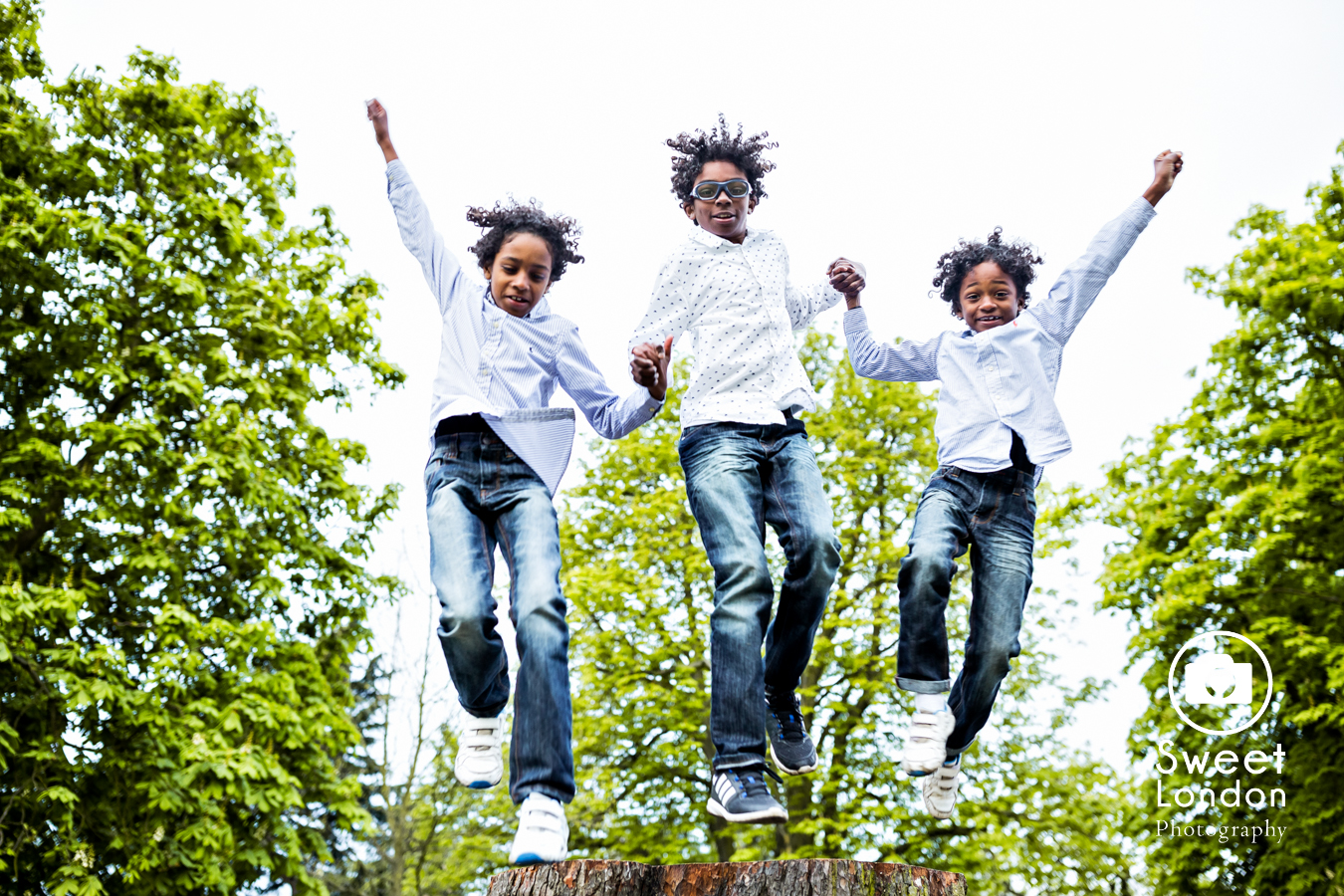 The cherry blossom trees were in full bloom, so we finished off  the shoot by heading over to them. It was a two hour shoot and by the end of it we were all running out of steam! I handed the boys some snacks which kept them quiet for a few minutes. This did not last for long, as soon as the sugar kicked in they got their second wind of energy. 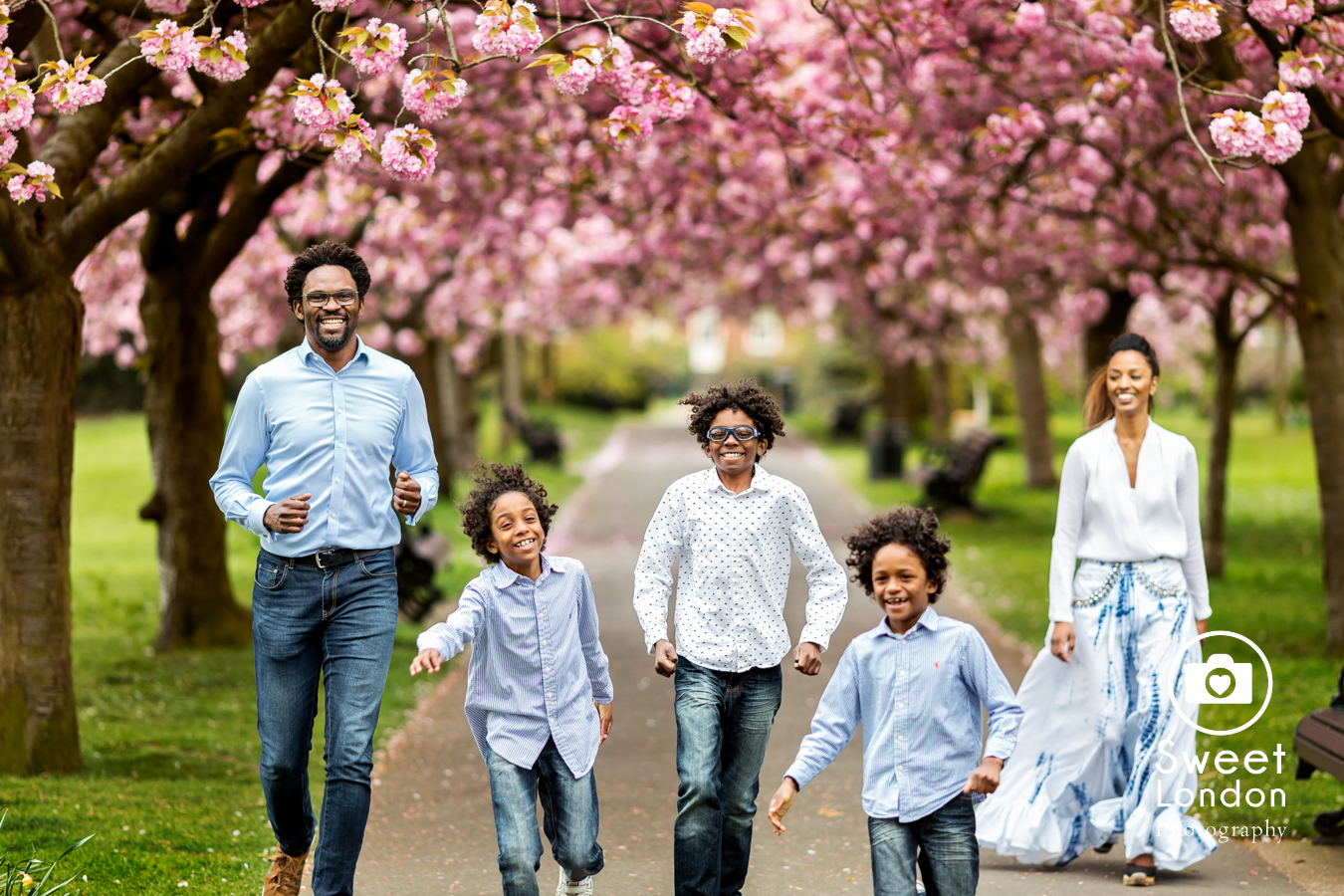 It was a wonderful shoot, Otalia was very professional and a delight to work with. Having worked with children she really knew how to get the best out of them.

Otalia said it would take up to three weeks for the pictures to be ready. However, within a week I received an email from her with our final pictures to select. There was about sixty pictures in total, we were extremely pleased with them to say the least. So it was a very difficult decision to choose only eleven pictures as that was part of the package. After not much deliberations we ended up buying them all.

The pictures were sent on an USB stick inside a miniature bottle, which was nestled in a small wooden box. Very cute to say the least. Sent to us via recorded delivery it came swiftly. We have some great memories to keep and share with our family and friends. Here are a few of the pictures from the shoot, hope you like them as much as we do.