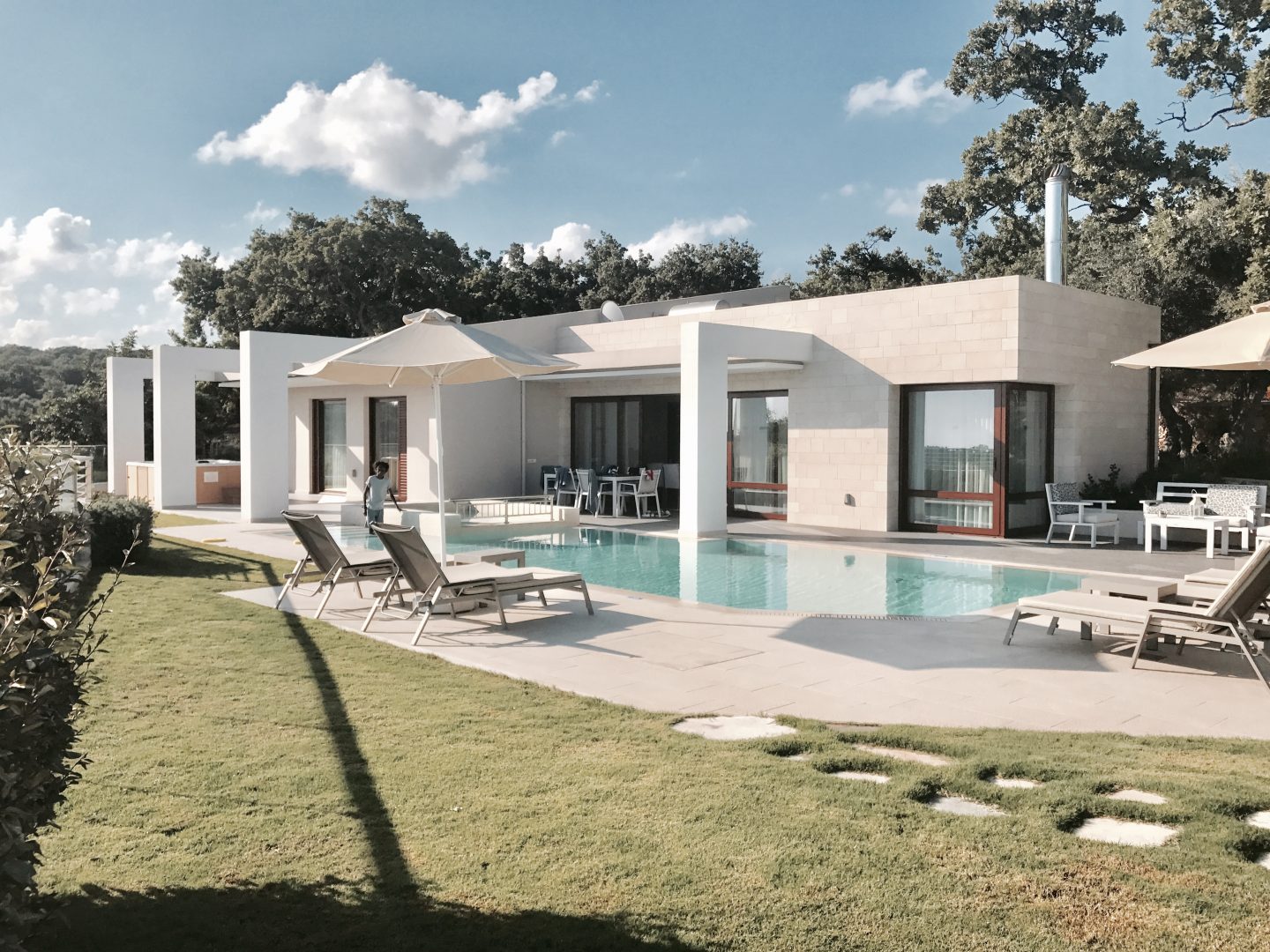 Our holiday this year was to the beautiful Greek Island of Crete, we had never been before and were looking forward to it as we heard so much good things about the place. So on a not so warm Tuesday morning we woke up at 4.00am in the morning to get ready for the airport, apart from my middle son we were all very tired to say the least. He generally wakes up around 4.30am and 5.00am, so for him this was no different than any other day. We chose the early flight incase of any delays which is always a good idea, but when putting it into practice it no fun when you have two tired boys and two tired adults! You all know the process checking your bags in at the desk and getting your boarding pass and going through security. We didn’t have to wait around at all as our gate was open and they were starting to board so off we headed.

Four hours later we landed in Heraklion airport, promptly met by our driver. The drive from the airport to the Villa took around an hour and twenty minutes, we arrived slighlty early than our checking in time, so the owner Marita who was really lovely showed as the way to the local village, as the boys were very hungry. There was only two restaurant in the village The Veranta and the Olive, we happened to stop by the Veranta, this was a family owned restaurant and they were super friendly and very welcoming.

The food was so good and the portion sizes were huge, we didn’t realise this and ordered how we normally do in the U.K and to our surprise a feast turned up at our table. We of course could not finish everything and they were very accommodating, they packed what was left, which was half the food into containers for us so that we could take it with us. It was a short walk back to our villa about seven to ten minutes, the atmosphere there was just peaceful. It is like being in the country side, for us as a family thats what we like, to be secluded away from all the hustle and bustle.

Back at the villa Marita was waiting to show us around, she had a welcome pack ready for us. There was a complimentary fruit basket, a bottle of wine and some local wine too. So sweet and extreamly kind of her to leave that for us. The boys wear desperate to get in to the pool, so we gave them the go a head. The weather that day was a little overcast and once the sun went behind the clouds it made it a little cool, so the water in the pool was slightly cold but the boys did not mind as there was a hot tub. Once they had swam around they ran as fast as they could to the hot tub. The first day was the only day of our stay here that the temperature was a little cooler. Of course staying in a villa means you have to buy some essentials like breakfast items, some drinks and snacks specially with three boys. There is a small supermarket in the village which does all the essentials you need, so for the first day my husband went to pick up some groceries from there. The next day we decided to go to the local super market which is ten to fifteen minutes away to do a bigger shop. We did not hire a car as we did not plan on driving around. We ordered a taxi to take us to and back from the super market. For lunch and dinner we ate out mainly staying in the village and eating at the Veranta our number one place to dine out!

I took the opportunity of the the surroundings and the beautiful villa to get as much content done as possible. My poor husband is my photographer and he really hates doing it. He is no way a professional and the fact that I have to direct him of the angles etc is not fun for him! He is very supportive and wants to help out when he can so he will put up with my dare I say it demanding photo sessions.

The boys on the other hand made most of the swimming pool and the hot tub. We could hardly get them out of the pool, but thats the whole idea of a holiday is to let the kids have fun right?!!! On our walks to the village we saw a horse on the way and they boys were very excited. They fed it some apples and grapes and after this first encounter the horse recognised us and would neigh whenever it saw us and come galloping towards us. A new friend was made and the boys took pleasure in feeding it.

I must say this though, a few of the houses and villas that were occupied by the locals had guard dogs which were tied down to something. They did give us a shock one afternoon when we were going for a walk, the sudden barking startled us as we walked past, as we were not expecting it at all. This is one thing the boys did not like, me neither to be honest as they were quiet loud. Once you past them they settled down.

On the third day we ventured into the Reythmno beach which was only fifteen minutes drive from Prines where we were staying. It was such a hot day that day and very busy on the beach. We were shown to some sun beds and umbrellas by the beach boy for a few euros, I don’t know exactly how much as my husband paid. The boys splashed about in the sea whilst we sat on the sun beds and watched for a while and then joined them. They also wanted to play football but the sand was scorching hot to play barefoot so that put an end to football. They did make a sandcastle under the shade of the umbrella though.

There were plenty of shops and restaurants in Reythmno so you can do some shopping if you wanted to. Also a variety of restaurant to dine at too. On our way back as we were speaking to our driver about the stunning views he recommended the Prima Plora restaurant to us. A great place which sits right opposite the Fortezza which is the citadel of the city of Rethymno and it is meters from the sea. The food is delicious and the views are to die for, all in all a great family friendly place to eat at.

The following day we thought we would try out the other restaurant in Prines, The Olive Tree as we had kept going back to the Veranta. It is an old restaurant but very nice and authentic, the owner told us that it had been in his family for three generations. We personally preferred the Veranta to The Olive Tree as we found the service a lot faster there and the food was much more tasty and delicious. Maybe because all the meat and produce were fresh and handpicked by the lady who owns the Veranta on a daily basis. 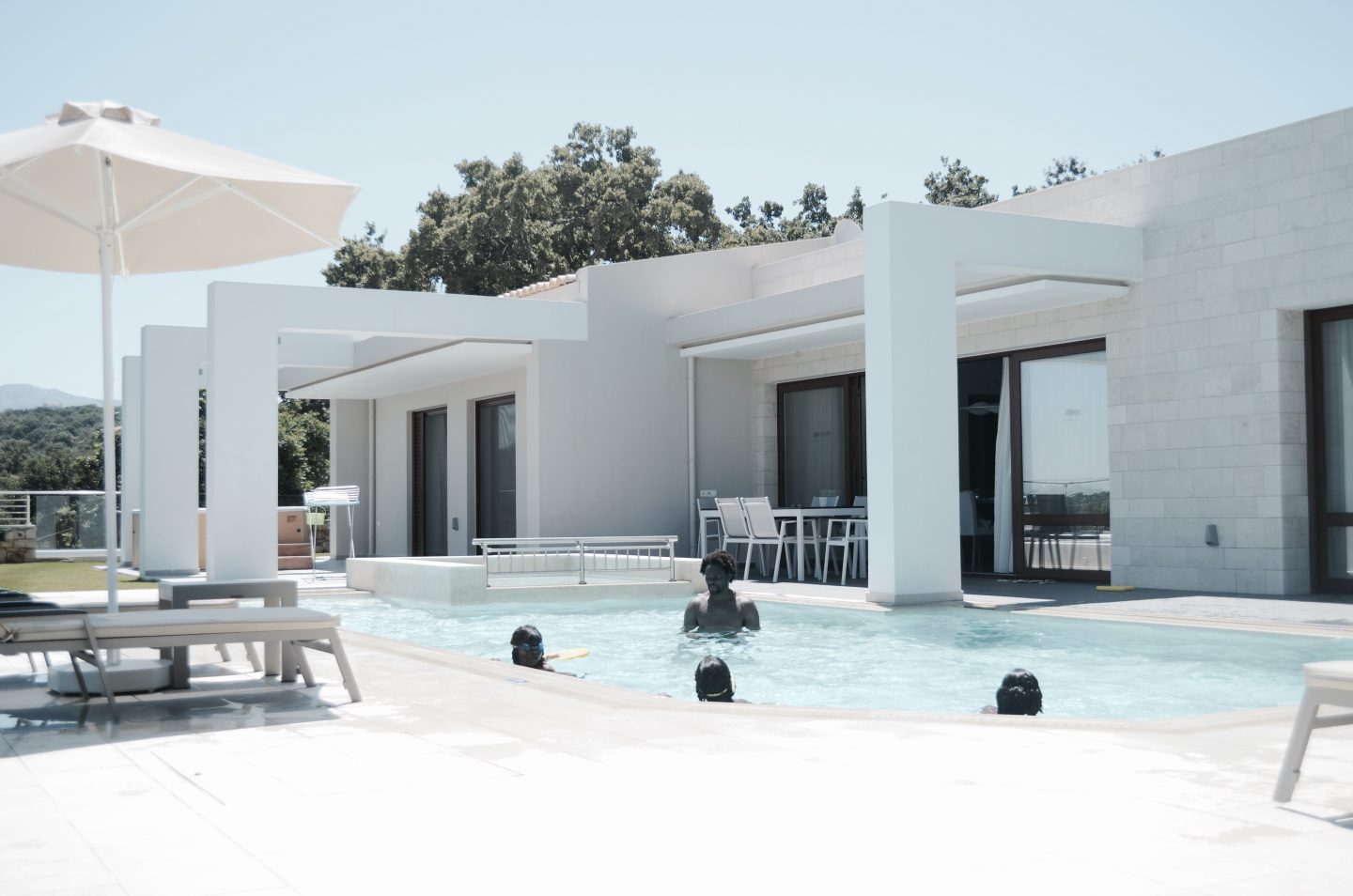 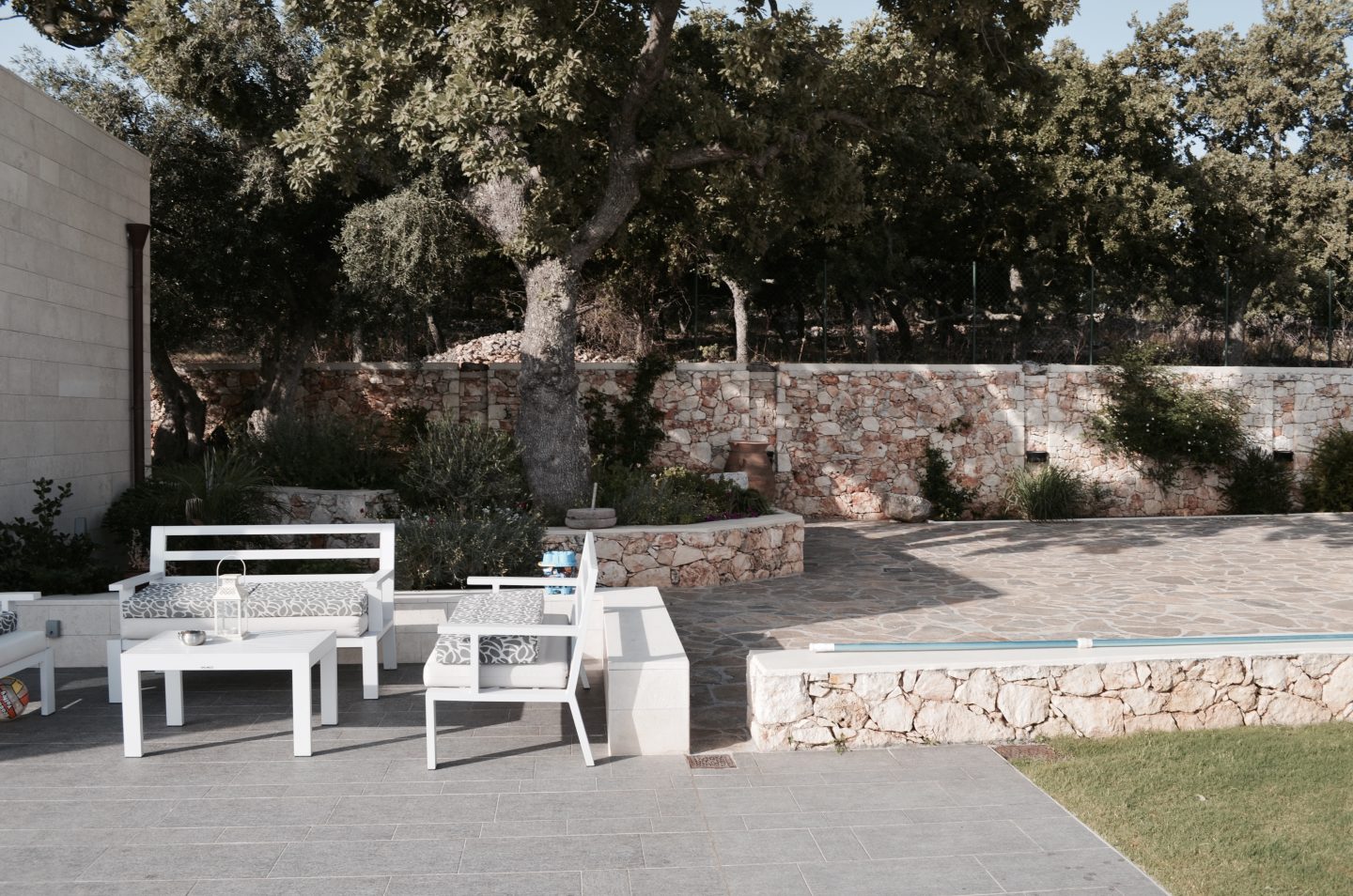 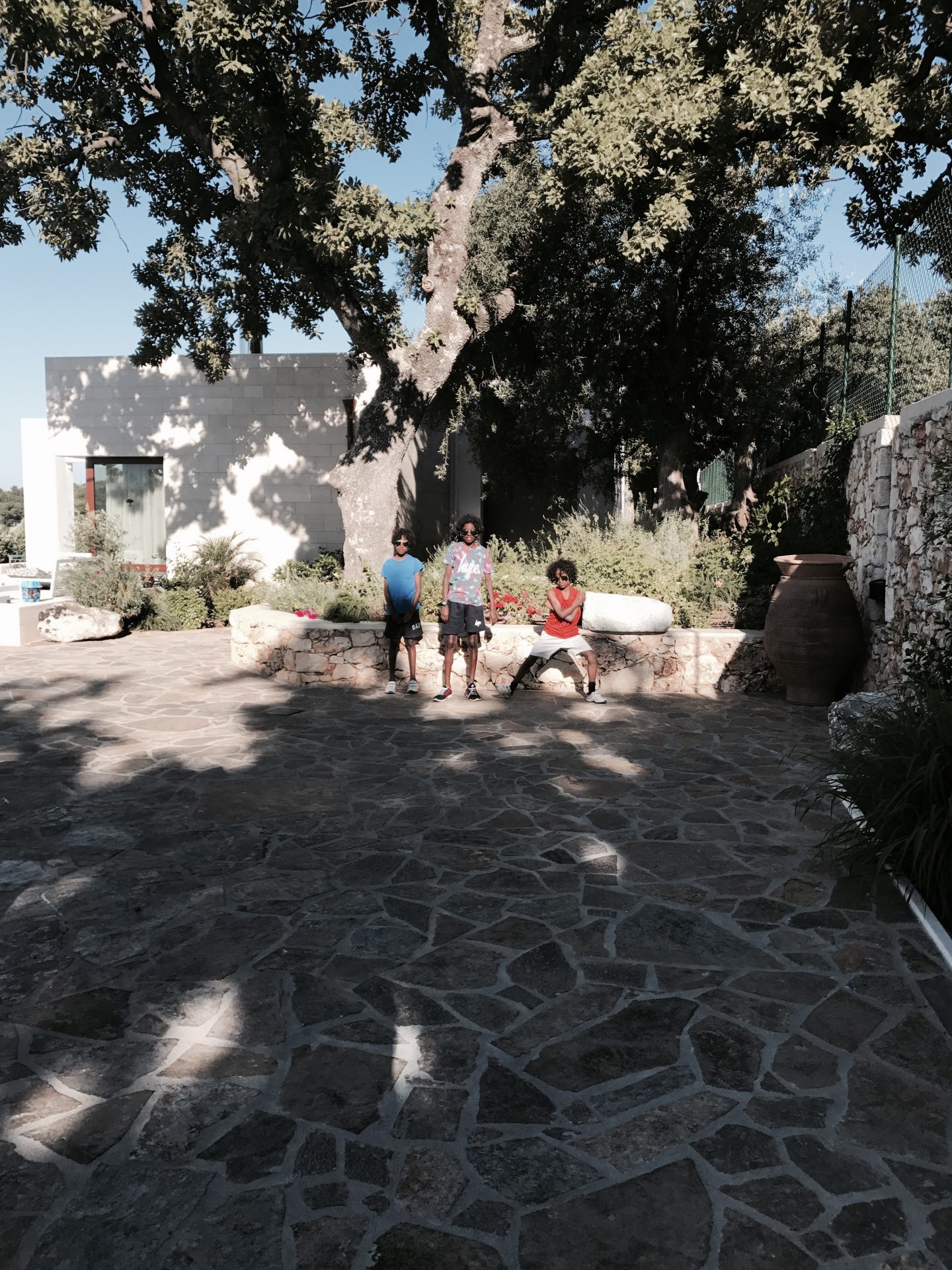 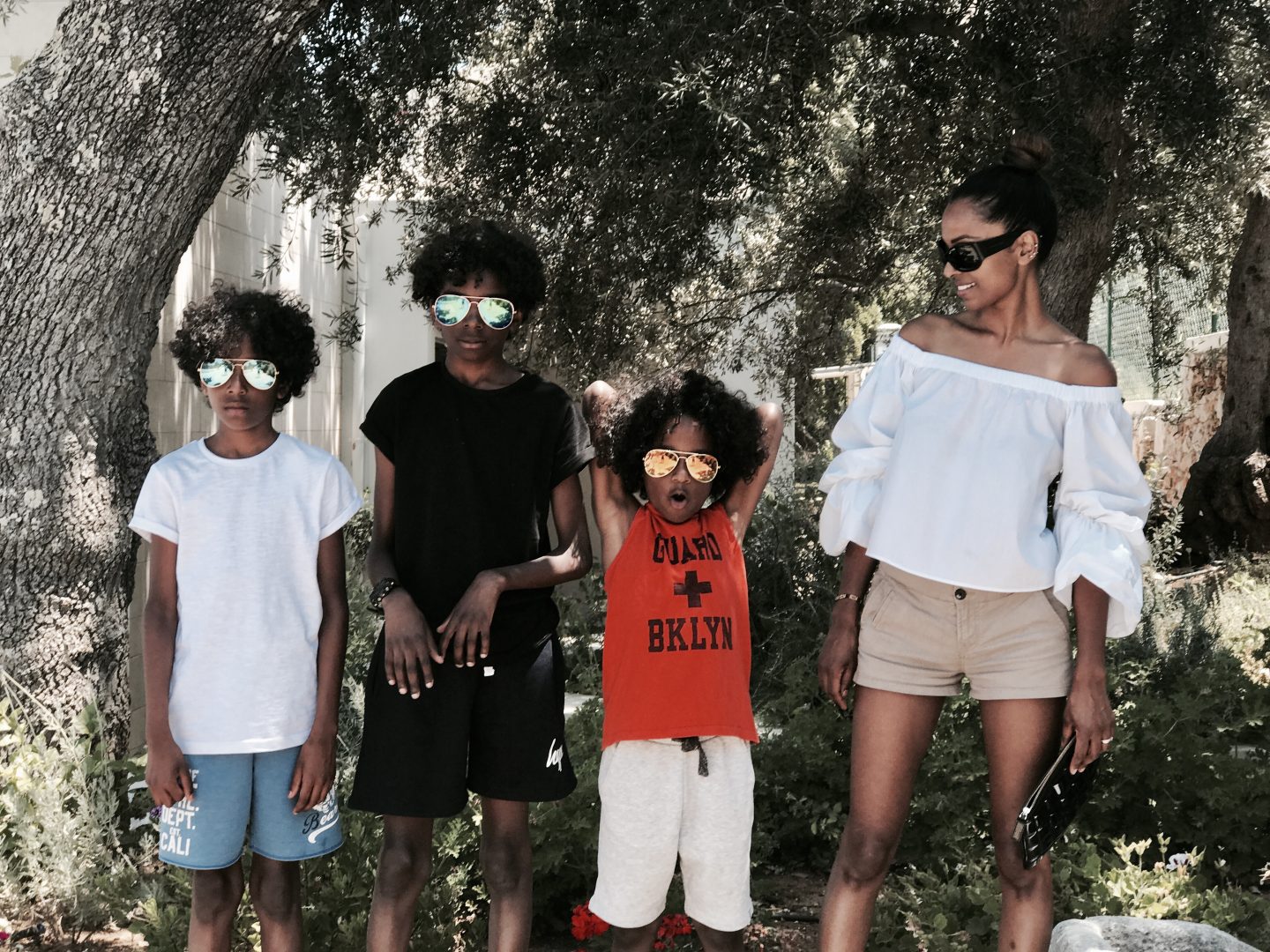 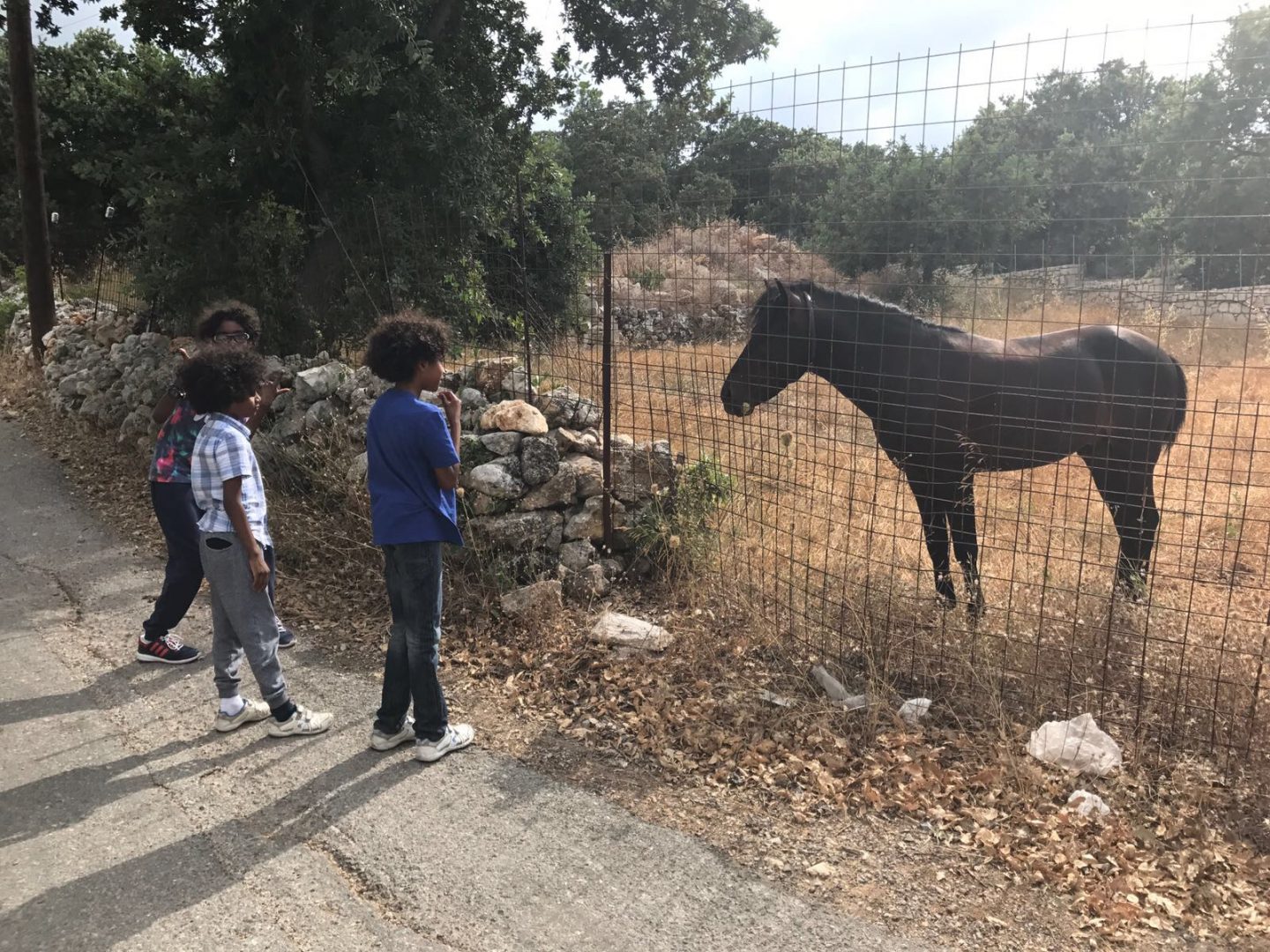 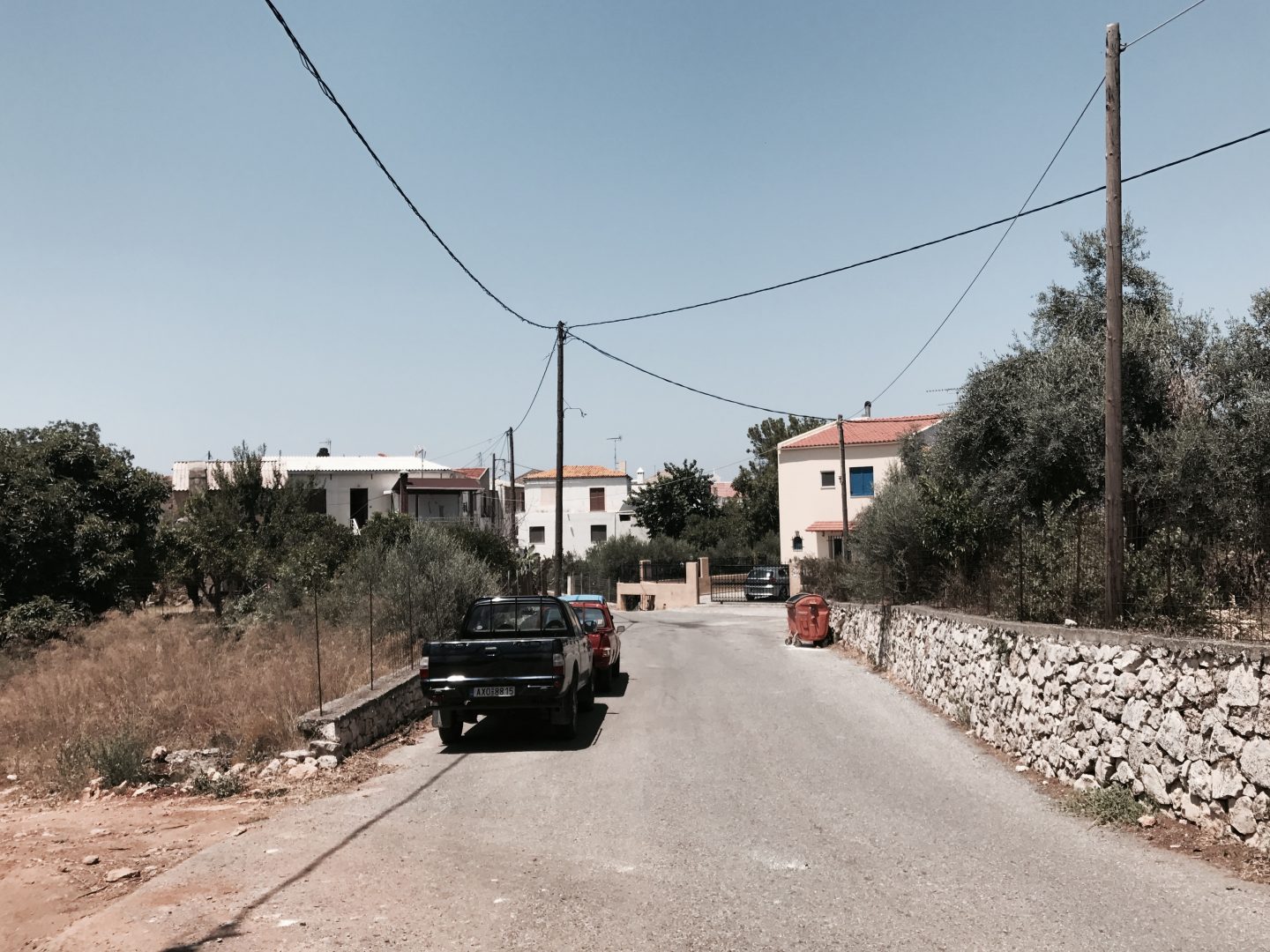 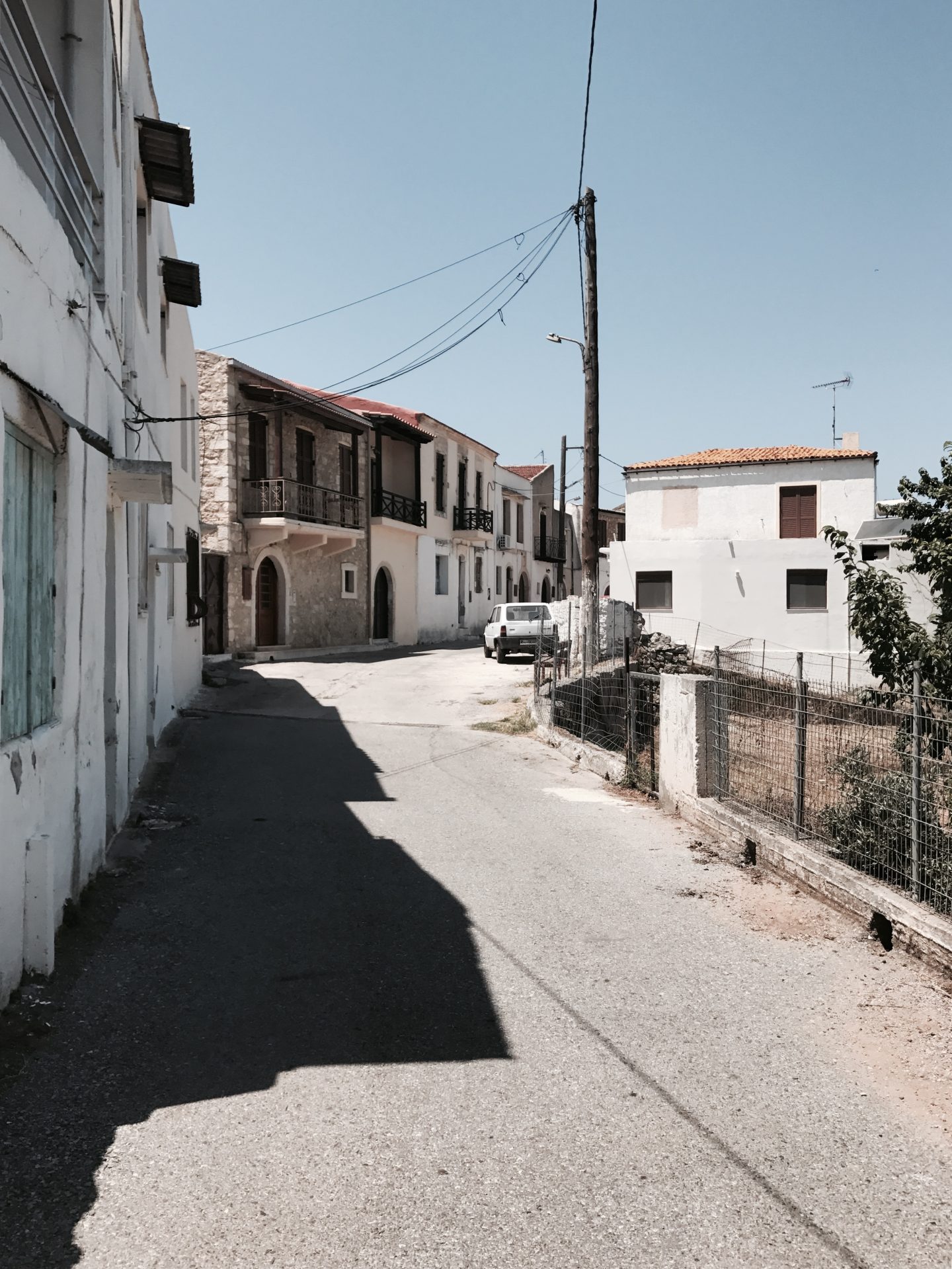 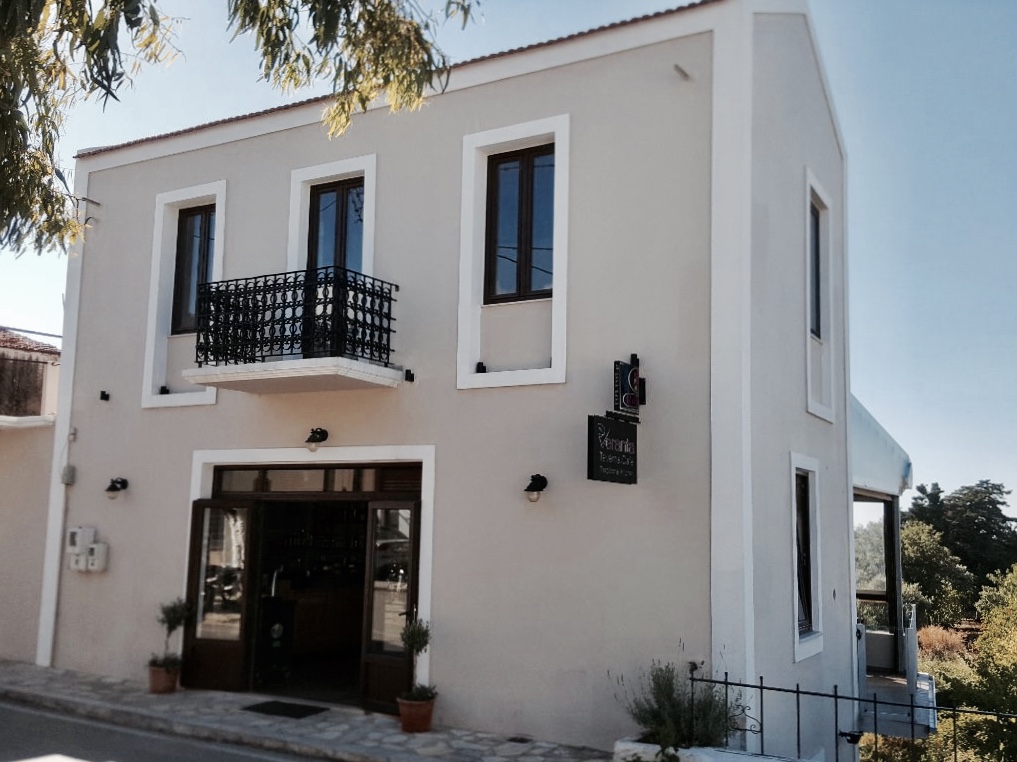 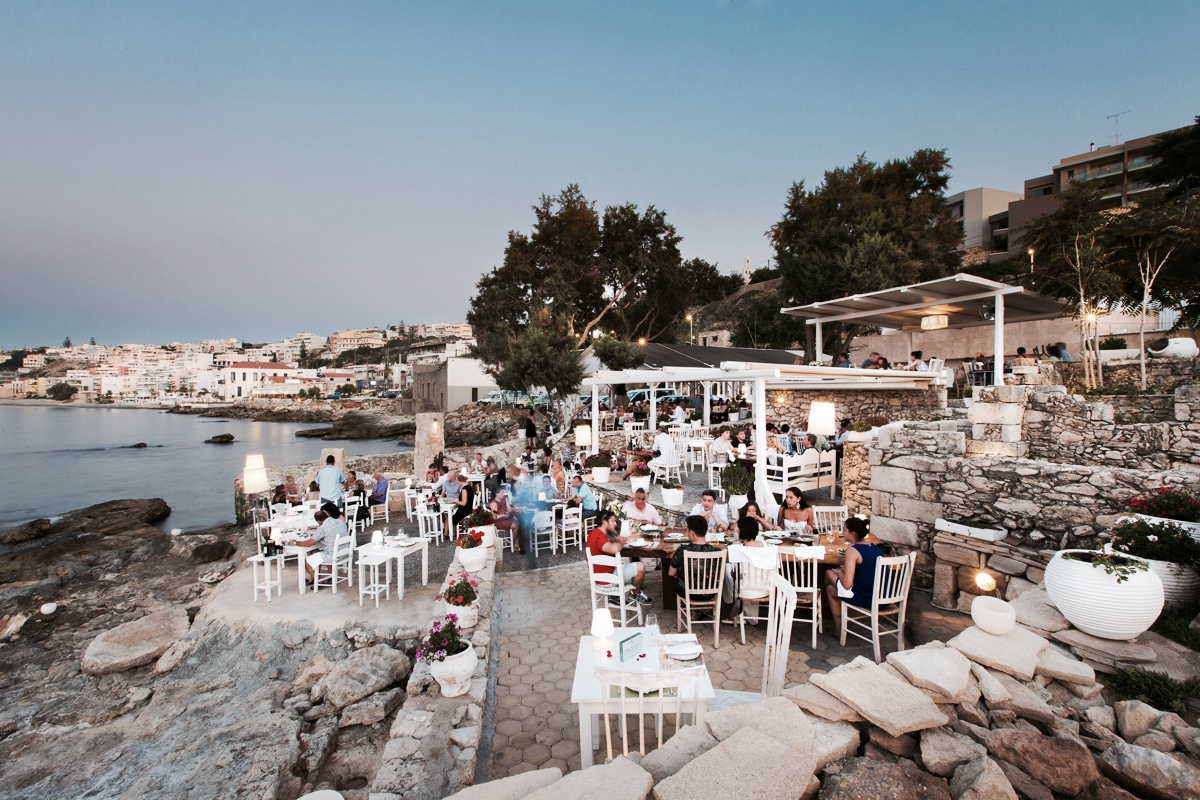 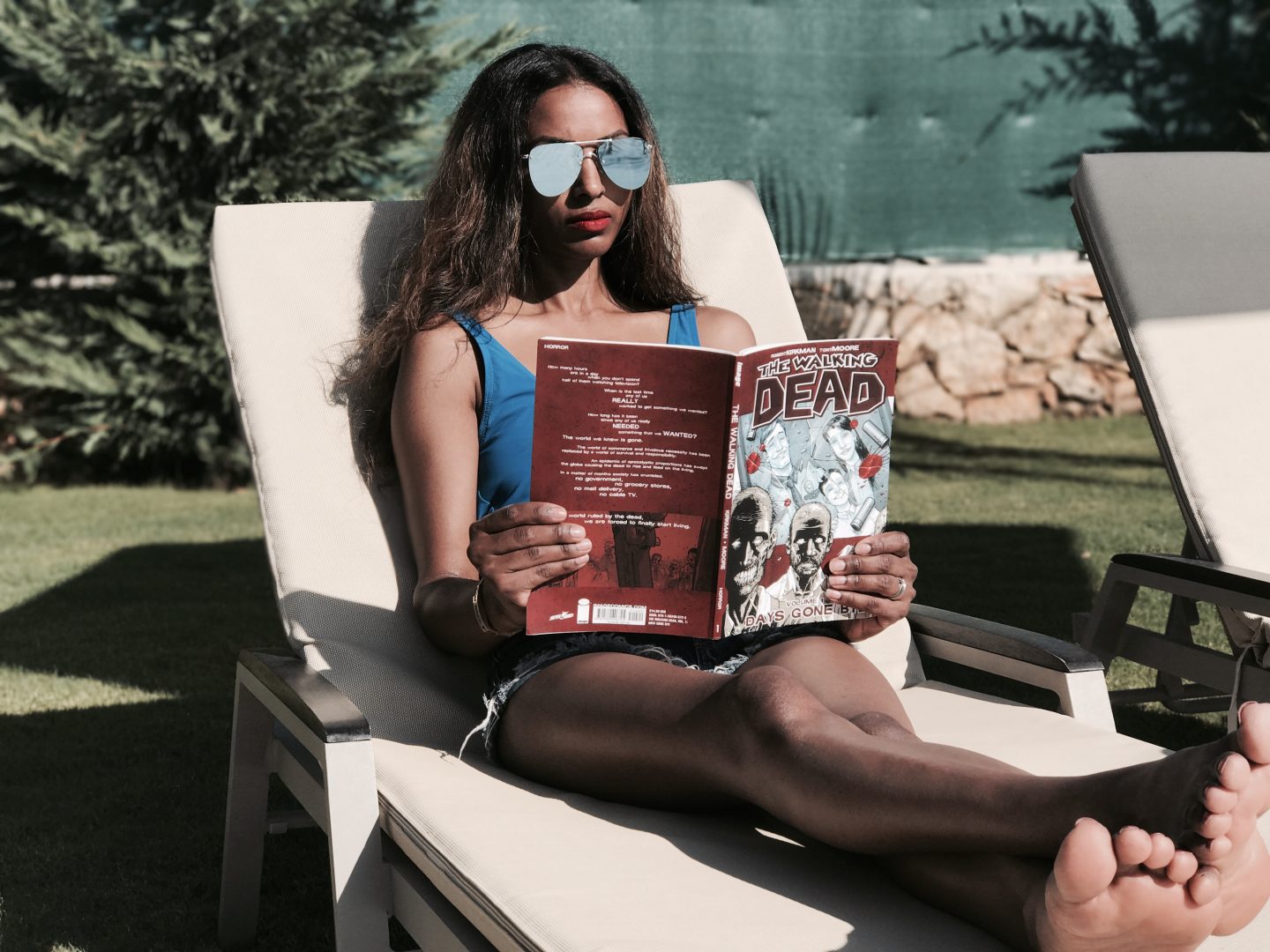 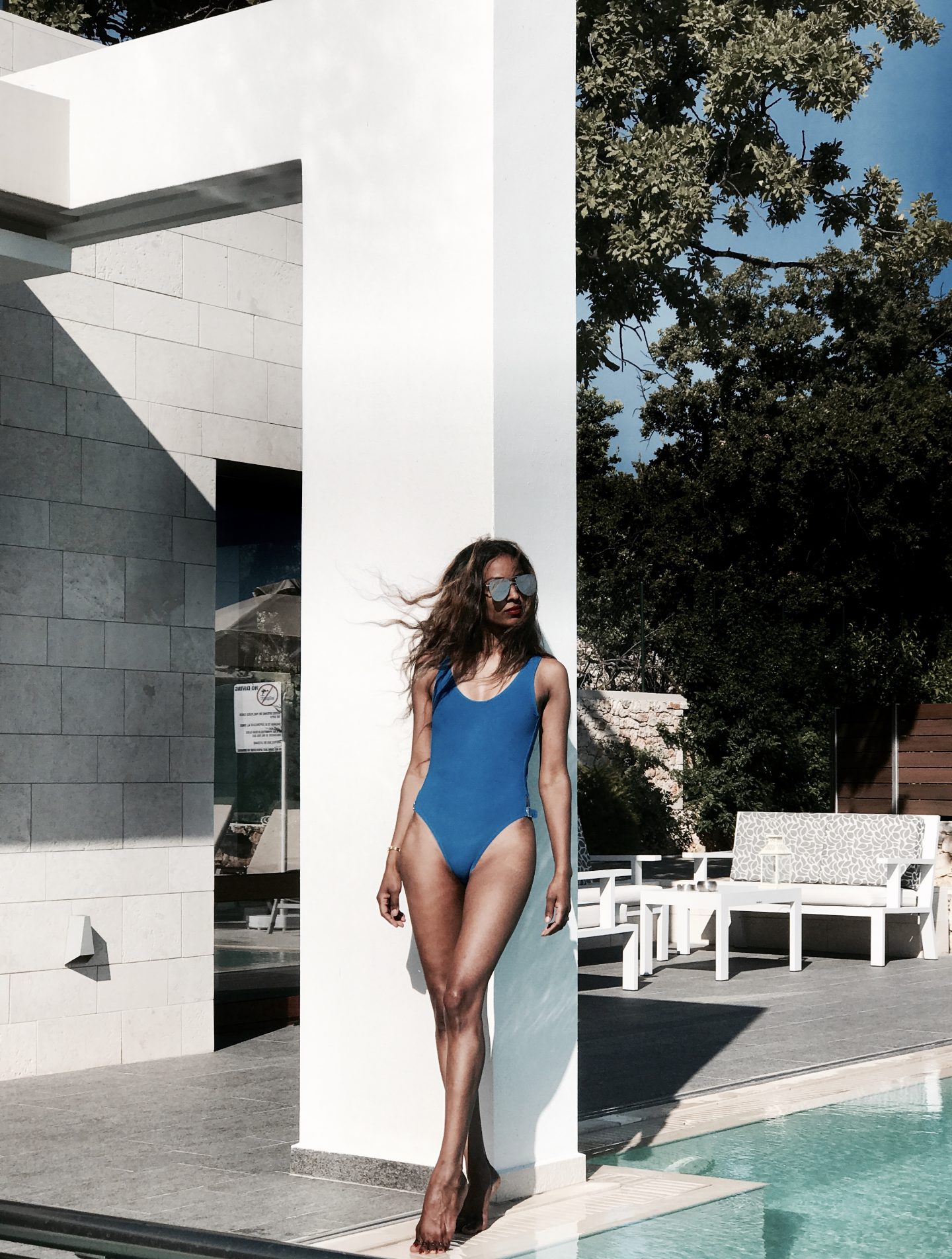 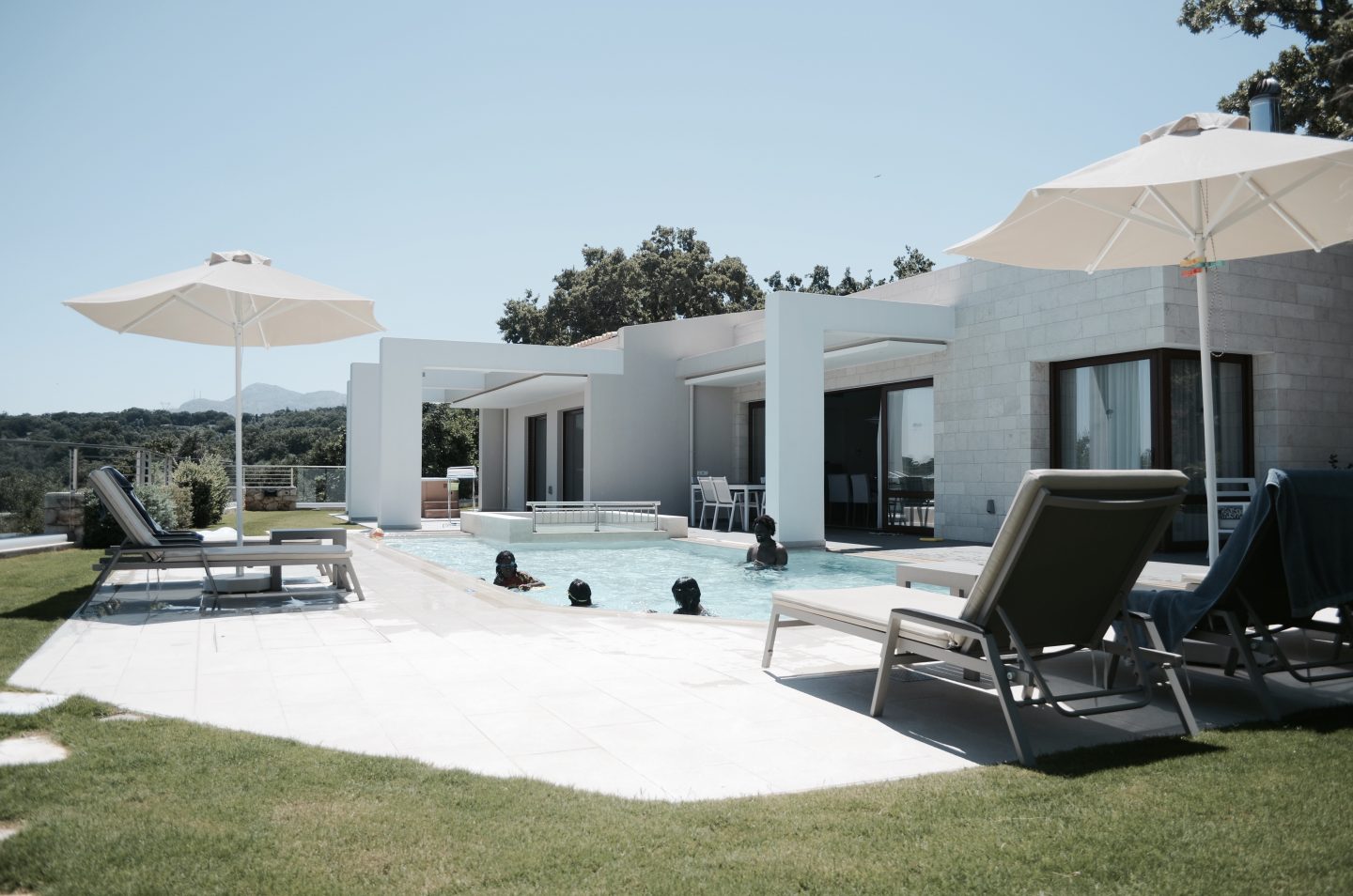 Finally when it was time to return back to the UK the boys really did not want to leave, to the point where two of my boys cried. They had fallen in love with Prines, its lovely atmosphere and surroundings, the local people who were extremely friendly and of course their friend the horse. They really did not want to leave the horse or the villa. We all had a fabulous holiday and decided that we shall definately come back to Prines in the near future.

Thank you for reading, please do leave a comment below.

Until next time, Safe travels everyone!